Coventry University wanted to increase brand awareness in China, so we came up with a strategy that would rely on memory-based advertising.

(if you need a reminder about how effective these are, think about which opera singer springs to mind whenever you need car insurance).

“I’ve wanted to do an influencer marketing piece for a while, so we teamed up with Net Natives for this particular project and it was great fun. And, it’s already getting great engagement too - 376k views and 35k likes on China social - and counting! Two of top Chinese influencers, one of whom a Coventry grad. Fun, authentic, and getting the results we were after. Only possible when great people work together!”

Hoping to create a lasting impression on our audience, we decided to team up with an online influencer.

The first step was finding the right influencer for the project. We ultimately went with Max, a British food review blogger who has spent 16 years in China. We felt his content would stand out for the following reasons:

To give the audience a reason why Max would visit Coventry, we recruited Zheran, a recent Coventry graduate and automobile influencer with over 3 million followers. Not only would his follower base benefit the video, but he's also used to being in front of the camera, making the whole process easier.

Max and Zheran starred in an 11 minute video entitled, ‘My First Pop-up Chinese Food Stall in Coventry Uni’. Together they toured Coventry and its university campus, emphasising the city’s history and local Chinese cuisine. They then attended Coventry’s graduation day, serving the students free home-cooked Chinese food and asking them to reflect on their time at university.

Max’s pop-up stall was a big success, with students happy to share their experiences in exchange for free food. Max’s video yielded strong online interaction, particularly among Chinese former students, who took to the comments section to discuss the Chinese restaurants in Coventry. 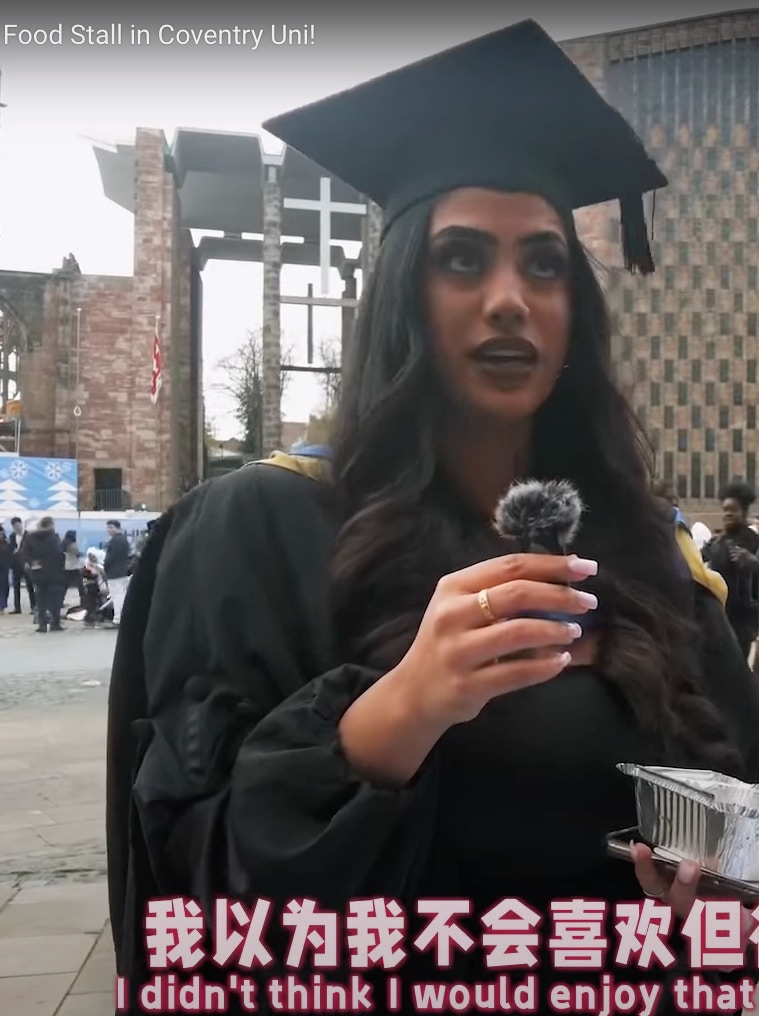 The overall objective was to increase Coventry University’s brand awareness in China and create a memory structure for those who are interested in the UK and complement the paid advertising campaign to showcase the learning environment, facility and city from an influencer perspective. Below is the initial KPI:

And here is what the campaign achieved within two weeks of video release: